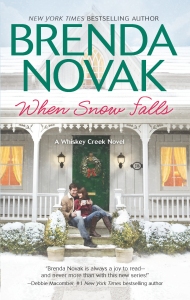 After growing up in cheap motels, moving from town to town with her sister and mother, Cheyenne Christensen is grateful to be on her own. She’s grateful, too, for the friends she found once her family settled in California. But she’s troubled by the mystery of her earliest memories, most of which feature a smiling blonde woman. A woman who isn’t her mother.

Although Cheyenne has repeatedly asked for explanations, the people who could help aren’t talking. Cheyenne is set on finding answers, but without so much as a birth certificate, it won’t be easy.

Things get even more complicated when her closest friend is attracted to the man Cheyenne has secretly loved for years. For Eve’s sake, she decides to step aside — which lands her right in the arms of Dylan Amos, oldest and baddest of the hell-raising Amos brothers. He’s the kind of guy she’s sworn to avoid. She can’t afford to make a mistake, not when she finally has a chance to learn who she really is and change her life for the better. But . . . maybe there’s more to Dylan than she thought. Maybe letting him go would be a bigger mistake.

Resensi:
Chey was a new comer in Whiskey Creek. She come to live in the town with her older sister, Presley and their sick mother after moving from town to town. Her mother never care about her and refused to answer about a mysterious woman who sometimes come to Chey’s mind. She had to survive in Whiskey Creek by herself.

Fortunately Chey made a friend with Eve who also offered her a job in bed and breakfast motel run by Eve’s parents. For your information Chey also had a secret feeling for Joe, a boy who approach her first in her early days when she come to town. Unfortunately, Eve also had same feeling for Joe and told Chey that she want to date him.

When Eve and some of their close friends went on a vacation, Chey had to take care of her sick mother who gotten worse day by day. Right at that moment, here come Dylan Amos who approached Chey and gave her an interesting offer. He made a confession that he knew about Chey’s feeling for Joe because he kept his eyes on Chey for some times. Of course it made her shock, she even didn’t know him well. He only knew that Dylan Amos was the oldest bad boy who had to dropout from high school to maintain his family business after his father arrested and go to jail.

After took some time to think about Dylan’s offer, Chey finally agree to have a ‘mutual relationship’ with him. What kind of mutual relationship? Well, Chey used Dylan in order to forget about Joe. The good girl approve the bad boy offer to do booty call whenever she needed him. But eveything didn’t run as smooth as they thought.

Chey felt something different about Dylan. Moreover, after they become close, she knew that he’s actually not a bad boy at all. He’s a good person with a good heart. He loved his family more than anything. Even though he had to sacrifice his future for their happiness, he would stand for them. People misunderstood about him and she didn’t like it. But Chey still worried about people’s judgement, especially her family and their friends including Eve.

When everything seemed to be so perfect for Chey, something about her past finally come out. And it would change everything, including her relationship with her family, her best friends, and Dylan. 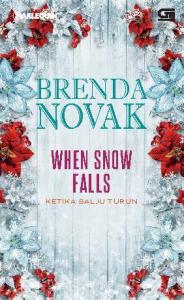 I could imagine how the ‘bad boy’ keep his eyes on the good girl when she admired Joe –the good boy, her prince charming, Gail’s older brother– for so long. He adored her silently When Dylan finally approach Chey, she’s in a fragile condition: her mother health got worse because of cancer, her sister became a drug addict, and the worst: her best friend, Eve declared her feeling and asked Joe on a date.

Although I really like Dylan, but actualIy I’d rather Dylan approach her slowly, not so suddenly in the park and made an offer to have physical relationship right away. Hello, Stranger?

One thing I didn’t like about the group of friends in the series: most of the time they try to interfere Chey’s decision about her life #sigh. I knew they had a good intention, but sometimes you have to leave someone alone to make a good decision for themselves. *gemes sama Eve dan Gail, dan juga Joe. Kemana saja selama ini, Joe? #sigh

Unfortunately the Children abduction issue in this book wasn’t explored too much, and the explaination about Chey’s past was put on the last section of this book. Thank’s God the writer didn’t give so bad ending for Presley, her mother was too cruel to abandon her child like that :((

3 thoughts on “When Snow Falls”